$21 billion: we have lost all sense proportion with Covid-19 and it’s hurting us


New Zealand just recorded a further four Corona virus deaths. That bring the total to nine (as of 14 April 2020):

Interestingly, for all individuals from 3 onwards I had burrow into the Ministry of Health’s briefings to determine that all had underlying health conditions, the mainstream media failed to report that key fact.

The death of any individual is clearly tragic – everyone is someone else’ mother / father / sister / brother and their loved ones will be heart broken.

But we also need to place these unfortunate deaths in context. In 2017 (the latest data released 2019 from the Ministry of Health) 33,599 people died. That’s an average of 92 New Zealanders dying per day.


2017 also recorded 668 suicides and 378 road deaths. All those individuals were someone else’ mother / father / sister / brother too.

This means that since the lock down started on 25 March (21 days ago) approximately 1,933 people have died in New Zealand. However, in none of these instances did the government suspend parliament, rescind fundamental civil liberties or lock down the country and in doing so eviscerate the economy.

Every decision comes with consequences. The cost of this lock down is roughly $1 billion PER DAY. The government itself is spending roughly $500 million per day directly. That means (so far) the lock down has cost New Zealand roughly $21,000,000,000. To put this in context $21billion would pay for:


And that is all in just 21 days. If the lock down ends on time those numbers will have increased another 25%. How many cancer sufferers lives could be saved with this money? How many road deaths averted? How many suicides prevented? How many children educated? And all of this money will need to be paid back either via future taxes or reduced services (or both) for decades to come.
Well intentioned people will of course argue that “we locked the country down to prevent 80K deaths.” However, based on offshore data it is now clear that this figure was almost certainly significantly inflated and is based on the increasingly discredited work of Professor Neil Ferguson of Imperial College London which heavily influence New Zealand’s own response.

When giving evidence in [the UK] parliament a few days ago, Prof. Neil Ferguson of Imperial College London said that he now expects fewer than 20,000 Covid-19 deaths in the UK but, importantly, two-thirds of these people would have died anyway  https://www.spectator.co.uk/article/how-to-understand-and-report-figures-for-covid-19-deaths-
If Neil Ferguson is now expecting 20K deaths in the UK with a population of 66.5M then New Zealand with a population of 4.9M (13 times smaller) should proportionately have 2,711 deaths. This would be a tragedy but we need to keep in mind:

2.       even if we hit that terrible number it would be less than 8% excess mortality over New Zealand’s usual 33,000 deaths per year and

3.       currently we have 9 deaths. It simply not credible to claim that our lockdown no matter how successful avoided 79,991 deaths.


In short, there is an increasing body of evidence from an ever larger number of medical researchers, doctors and academics who are calling into question the proportionality of the response to the Covid-19 crisis. According to data from the best-studied countries such as South Korea https://www.businessinsider.com.au/south-korea-coronavirus-testing-death-rate-2020-3?op=1&r=US&IR=T, Iceland https://www.buzzfeed.com/albertonardelli/coronavirus-testing-iceland and Germany https://www.tagesschau.de/regional/nordrheinwestfalen/corona-studie-heinsberg-101.html  the overall lethality of Covid19 is in the one per thousand range and thus about ten times lower than initially assumed by the WHO and broadly in line with seasonal influenza. A key study from Italy also found that 99% of those who have died had other illnesses and almost half had three or more co-morbidities https://www.bloomberg.com/news/articles/2020-03-18/99-of-those-who-died-from-virus-had-other-illness-italy-says. For an excellent summary of articles on this topic see here: https://swprs.org/a-swiss-doctor-on-covid-19/

The decision to enter (or exit) lockdown also needs to take into account the misery, deaths and collateral damage caused by the lock down itself in terms of increased rates of family violence https://www.nzherald.co.nz/nz/news/article.cfm?c_id=1&objectid=12324065, depression and suicide (UK suicides are up 25%) https://www.zerohedge.com/health/british-suicide-rate-soars-record-high business failure and unemployment https://www.rnz.co.nz/news/world/413320/covid-19-us-jobless-claims-hit-new-record-as-virus-spreads. There is also the fact that delays to surgery and medical treatment will almost certainly lead to otherwise preventable deaths. https://www.stuff.co.nz/national/health/coronavirus/120820546/coronavirus-urgent-surgeries-scans-cancelled-as-covid19-empties-hospitals. How are these deaths and the grief of their familiar measured against Covid-19 victims?

As Michael Burry, the man who blew the whistle on the US housing market (made famous in the film The Big Short), tweeted “If COVID-19 testing were universal, the fatality rate would be less than 0.2%. This is no justification for sweeping government policies, lacking any and all nuance, that destroy the lives, jobs, and businesses of the other 99.8%.”

Finally, at an international level Oxfam estimates the decision by developed nations to shut down the world economy in response to Covid19 could push half a billion people into poverty (6% of the global population) could be forced into poverty, resulting in millions of deaths from unsanitary conditions, malnutrition and preventable disease, the majority of them children and women. https://www.oxfamamerica.org/press/half-billion-people-could-be-pushed-poverty-covid-19/ The effect could be to set back the fight against poverty by a decade, and as much as 30 years in some regions such as sub-Saharan Africa, the Middle East and North Africa. More than one million Bangladeshi garment workers (80 per cent of whom are women) have already been laid off after orders from western clothing brands were cancelled or suspended.

For a Prime Minister who claimed she entered politics “for one reason: child poverty” the actions of her government are curiously opposed to that goal: the lock down is likely to lead the largest destruction of value (and consequently the largest increase in poverty) New Zealand has ever experienced, with all the associated negative social and health outcomes.

There is no question we are faced with difficult decisions and none of the outcomes are good, but we can’t afford to panic. We need to balance the costs and consequences carefully and do what is right for all New Zealanders, young and old, healthy and ill. We need to maintain a sense of proportion. We are in great danger of being the elephant, who having seen a mouse, stampedes off a cliff to its death.

If you enjoyed this article please share across on FaceBook, Twitter etc. These articles take a long time to research and your support in getting the message out there is greatly appreciated. You can follow me @emperorsrobes

Both the NZ Herald and Stuff originally indicated they would publish my Covid-19 articles but then pulled the pin at the last moment, I suspect (with good reason) under political pressure.

Alex Davis
Over the last decade the West's long and successful relationship with rationality, empiricism, objectivity and individuality has been abandoned in favor of emotionalism, relativism, subjectivity and the triumph of tribal identity. We are on a headlong descent into a post modernist world where nothing is fixed, everything is relative and empiricism is dead. This blog is a small attempt to point out those groups who seek to advance their own causes in the midst of this chaos with pseudo-science, self-referential theories and epistemological fallacies. Advance your cause by all means but anchor it in evidence and logic not subjectivity and relativism. Like the Emperor blinded by his ego to the obsequious merchants and their "new robes," it takes individuals to speak up and call out what deep down we all know: "the emperor has no clothes." Follow me @emperorsrobes on Twitter.

Popular posts from this blog

The Elimination ‘Strategy’ = a Bullet to the Stomach for NZ 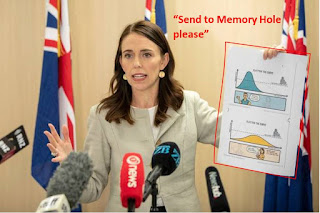 UPDATE: This article has now had over 126K views - that's roughly 2.5% of the entire country - a huge achievement. Please keep sharing this article and the other articles on this blog, particularly my latest article explaining how the government ignored data that demonstrated we did not need to lock down. I earn nothing from these articles and I am not affiliated to any political party or organisation. I am however deeply opposed to any government that cynically exploits a crisis and the public's panic to enact decisions that destroy lives and livelihoods and advance their own ideologically driven agendas.    As of Monday 27th April 6pm this article hit 102,00 views. That's 40,000 additional views in 24 hours.  It's also 19,000 more than the petition #closeNZ ( https://bit.ly/2KEe4x2)  that led to the government's panicked decision to implement the lock down in the first place - without any understanding of the economic or long term health consequences or
Read more

Both of New Zealand's Post Covid19 Futures are Bad 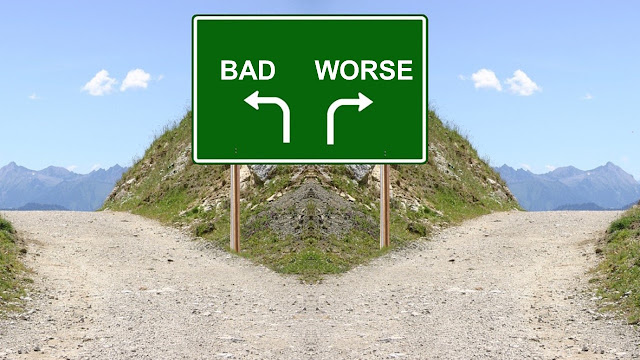 After ten days of no new Covid19 cases many New Zealanders are likely to be feeling a mixture of relief and complacency. The country dodged a bullet - now there is just the journey back to normality.   However for those prepared to look honestly at the challenges facing New Zealand a return to normality is neither simple nor guaranteed. In fact, there are strong arguments that New Zealand’s much triumphed “eradication” may have instead painted the country into corner. At this point in time two likely futures radiate out in front of New Zealand and neither is pretty. There are others of course, mostly involving heroic suspensions of reality by academics such as Michael Lee who prove just how far removed from reality our tertiary institutions have become. Instead let’s focus on the two most probable.   Future 1: Covid19 is not eliminated and breaks out or returns New Zealand’s drastic seven week lock down at levels 3 and 4 was effective in the same way that burning down your hou
Read more

Alex Davis
Follow me @emperorsrobes on Twitter
Over the last decade the West's long and successful relationship with rationality, empiricism, objectivity and individuality has been abandoned in favor of emotionalism, relativism, subjectivity and the triumph of tribal identity. We are on a headlong descent into a post modernist world where nothing is fixed, everything is relative and empiricism is dead. This blog is a small attempt to point out those groups who seek to advance their own causes in the midst of this chaos with pseudo-science, self-referential theories and epistemological fallacies. Advance your cause by all means but anchor it in evidence and logic not subjectivity and relativism. Like the Emperor blinded by his ego to the obsequious merchants and their "new robes," it takes individuals to speak up and call out what deep down we all know: "the emperor has no clothes." Follow me @emperorsrobes on Twitter.